Is Polyurethane Toxic or Safe?

Here’s what you need to know about polyurethane coating toxicity 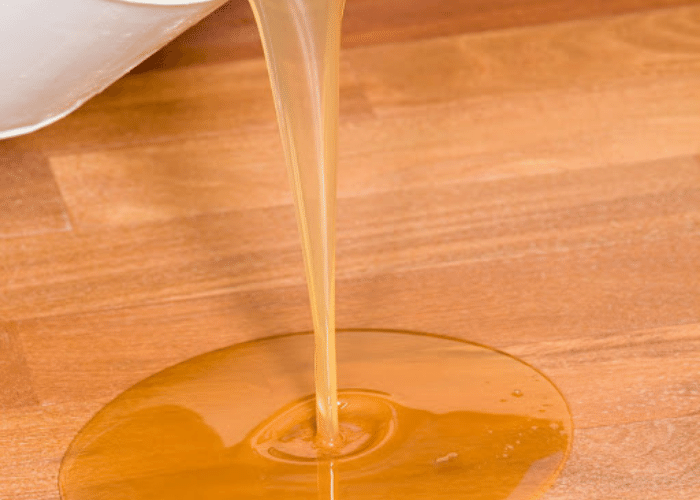 When you are a professional in any field, the last thing you want is to be complicit in causing someone harm. Sure, you can bang your fingers with a hammer once in a while, but putting someone else in danger is entirely off-limits.

That is why it is important to clarify some myths surrounding polyurethane before you panic and quit your day job.

Today we will be answering the question ‘is polyurethane toxic?’ and it promises to be a good one.

Yes, polyurethane is toxic. Uncured polyurethane is not safe and can irritate people with respiratory problems. However, that does not mean you are putting anybody at risk. As long as you apply polyurethane correctly, whether it is oil-based or water-based, you and everybody around the product will be safe. Even better, we have non-toxic polyurethane such as Green poly.

The chief components that make polyurethanes toxic are volatile organic compounds (VOCs), which are chemicals that are emitted as gases. VOCs are released by many household products that contain chemicals such as sprays, pesticides, air fresheners, permanent markers, glues, copiers and printers, and so many others.

VOCs have been linked to several health effects, depending on the duration and level of exposure. When exposed to a small amount of VOCs for a few hours or days, you may experience headaches, dizziness, nausea, irritation of the nasal cavities, and asthmatic attacks.

Prolonged exposure to high quantities for years can cause cancer, damage to the central nervous system, and liver & kidney damage.

If you are freaking out right now because you have been using polyurethane over polyurethane for years, don’t be. The critical thing to note besides the duration of exposure is the quantity. You would also notice that you use some of these products more often than you do polyurethane.

Every product used in households must pass EPA approval, meaning the quantities of VOCs released in polyurethane are not enough to cause severe health problems. Most users never experience anything more than mild dizziness, but even that is rare.

Another component that makes polyurethane toxic is isocyanates. These compounds are critical in the creation of polyurethane and have similar effects to VOCs. Isocyanates are not known to cause cancer in humans, but they can in animals.

The most common effects of hazardous exposure to isocyanates are asthmatic and respiratory problems and irritation of the eyes, skin, nose, and throat.

Again, this sounds bad, but we are also dealing with hazardous exposure. It is important to note that these side effects are more likely during the production process, not the application process.

Once polyurethane dries, it no longer emits VOCs, and the isocyanates are no longer harmful. There are also ways to protect yourself during the application process.

Both types emit VOCs, but it is significantly more in oil-based poly. This is because the chemicals needed to make the oil-based polyurethane contain larger quantities of compounds containing VOCs.

The production process of water-based polyurethanes doesn’t need those chemicals. However, since VOCs are present in many different products, they still find their way in.

For this reason, manufacturers have invested more into improving the durability and scratch resistance of water-based polyurethane. It is a lot easier to get them under the government-approved thresholds, even though they are more expensive to the consumer.

Under What Condition is Polyurethanes Toxic?

There really is only one situation in which polyurethanes are toxic, and that’s during application.

Spraying polyurethane, in particular, is the most hazardous, as it makes it easier for the VOCs and isocyanates to be dispersed into the air, where they can come in contact with the body.

That is why it is important to only apply polyurethane in a properly ventilated environment and to use personal protective equipment.

Once the polyurethane dries, it won’t be toxic again unless someone sets it on fire. In that situation, you should put out the fire quickly and cover your nose with a mask.

What Effects Would VOCs Have on my Health?

Is polyurethane toxic to humans? Well, under normal conditions, VOCs don’t have adverse effects on people. However, under intense and prolonged contact, they can be toxic and have been shown to cause health issues like asthma, nausea, and headaches, amongst others.

Can Polyurethane Fumes Kill You?

No, polyurethane fumes cannot kill unless you have a severe allergic reaction. As mentioned earlier, constant and intense exposure to high levels of VOCs can have adverse effects. These high levels are rare in household products unless you stick your head in a can for hours.

If you have asthma, then you should take every precaution when applying polyurethane or any type of paint or finish, for that matter.

Related Post: Can You Sleep in a House After Polyurethane?

What do I do if Polyurethane Falls on My Hand?

Alternatively, you can rub in baby oil, vegetable oil, or peanut butter and wash it off with dish soap. Remember to rub some lotion afterward, as it can significantly reduce the natural oils in your skin.

Polyurethane on your skin will not necessarily cause irritation, but some people are allergic to the chemicals in them.

What do I do if Polyurethane Enters my Eyes?

On the off chance that polyurethane enters your eyes, rinse them under clean, running water for fifteen minutes, and then go see a doctor immediately. Even though polyurethane is unlikely to cause any permanent or significant harm when treated with flushing, it’s better to err on the side of caution.

What Happens if you Swallow Polyurethane?

When polyurethane enters the mouth, it reacts with our internal fluids and forms a glue. This glue keeps expanding and can cause blockage to our esophagus or stomach. If you should mistakenly swallow small quantities of polyurethane, you might be able to flush it out by drinking lots of liquid.

However, you should still see a doctor because the effects might not be realized for hours.

Is Polyurethane Toxic to Pets?

Yes, polyurethanes are toxic to dogs and pets, especially oil-based polyurethane. While the smell alone can cause irritation, prolonged exposure to the VOCs and isocyanates can lead to cancer.

If an animal should swallow polyurethane, you need to take it to the vet immediately. As the glue swells, it can perforate the esophagus or the stomach, which could lead to death. Therefore, it is imperative to store your chemicals securely before and after use.

Polyurethane Safety: How to Protect Yourself While Using Polyurethane?

To avoid polyurethane fumes side effects, the two most important things you need to do are:

You should also wear gloves when applying oil-based polyurethane. As mentioned earlier, this may not cause irritation to all users, but it does to some.

It is also important to wear goggles, as you definitely don’t want them splashing into your eyes.

After applying polyurethane, leave the area and come back to it in a few hours when it should have dried. It is imperative not to stay there while it dries.

Make sure no kids, pets, or anyone with allergies are close by during and immediately after application.

When using oil-based polyurethane, you might need to keep the room or house vacant for three to four weeks so that the poly can cure.

Varnish is a clear, transparent protective coating similar to polyurethane in many ways. Technically speaking, polyurethane, shellac and lacquer are also referred to as varnish.

Shellac is an amber-colored finish derived from the excrement of the female lac bug, found on trees in Thailand, Burma and India. Shellac is resistant to UV light and is eco-friendly.

Read: Can you Apply Poly over Shellac?

Tung oil is one of the oldest finishes in the world, and is derived from the seed of the tung tree, which is native to China. As a result, it is also called Chinese wood oil.

Linseed oil or flaxseed oil is a natural oil derived from, well, flaxseed. Linseed oil can be used on its own or in other finishes such as varnish, stains and paints.

Lacquer is a popular finish used on cabinets and a lot of high-end furniture. Despite being a very thin finish, it dries hard and is very durable.

How long does it take for polyurethane to stop smelling?

Is polyurethane toxic after it dries?

Is water based polyurethane toxic

There are several non-toxic polyurethane alternatives like tung oil, linseed oil and shellac (in its pure form). Water-based polyurethane is less toxic and some manufacturers are working on zero VOCs polyurethane.

Wondering how to solve slippery stair treads and railing? Check out our non-slip polyurethane for wood stairs recommendations.

How long do polyurethane fumes last?

When not fully cured, Polyurethane fumes have several side effects such as asthma and difficulty breathing for people with respiratory conditions. The polyurethane fumes can also cause irritation of the eye, nose and throat; vomiting; headaches; shortness of breath and dizziness.

Rules Aren’t Meant to be Broken

Is polyurethane safe? Well, polyurethane is toxic, but it doesn’t pose any real threat when appropriately handled. As long as you follow the instructions set by the manufacturer, use protective equipment and work in a ventilated environment, you’ll be fine.

However, suppose you have experienced any of the symptoms mentioned above while applying polyurethane. In that case, that may be a sign of allergies, and you should consult your doctor.

1 thought on “Is Polyurethane Toxic or Safe?”