Wipe on Poly Vs Brush on Poly Comparison

Both of these are great, but which is better? Every time you do your research, there’s a new type of polyurethane.

Part of the reason is, manufacturers are trying to find the perfect application method. Some people argue that the best is already here, and it’s a matchup of Wipe on Poly Vs Brush on Poly.

This article will weigh the pros and cons of each type and declare the best choice when comparing wipe on polyurethane vs brush on.

Wipe on vs Brush on Polyurethane Overview

What is wipe-on Poly?

Wipe-on Poly is a particular type of oil-based polyurethane that has one primary application method. True, the inventors could have come up with a more creative name, but they wanted to avoid unnecessary dialogue.

As the name suggests, you should only wipe it on using a lint-free rag. This type of polyurethane shouldn’t be sprayed, brushed, or rolled.

While that might sound too restrictive, wipe-on Poly was created for specific applications. For example, it comes in handy when:

Wipe-on Poly can be used on any woodworking project and may not require as many coats as you think.

What is brush-on Poly?

Brush-on Poly is regular old polyurethane! It is used to distinguish polyurethane meant for furniture from that meant to floors, as the latter would require a roller instead.

Despite being brush-on Poly, you can thin it and use it as wipe-on Poly. However, don’t expect to get the same consistency unless you’re a pro.

Brush on-poly can be used on:

As you would expect, you can use brush-on Poly anywhere, as long as the brush can fit into the space.

Brush-on Poly can be oil-based or water-based polyurethane. However, since wipe-on Poly is only oil-based, we will only compare it to oil-based brush-on Poly.

Wipe on Polyurethane Pros and Cons

Let’s look at the summaries of each product 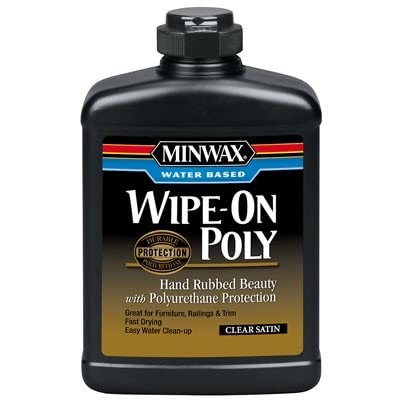 Brush on Polyurethane Pros and Cons 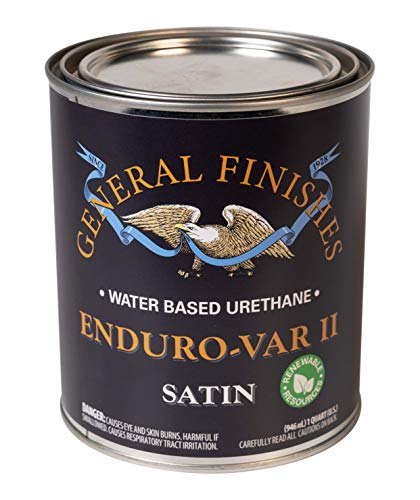 Wipe on Poly Vs. Brush on Poly: In-Depth Feature Comparison

When you have an important project, it is critical to use the right tools for the job. For example, in polyurethane, you might think you can swap out one product for another. But in reality, that is rarely the case.

Wood floor polyurethane have unique features that make them better suited for certain tasks than others. This in-depth comparison will help you understand these two products better.

The first thing to discuss is the one you are most itching to know. It isn’t surprising that it is easier to wipe on Poly than to brush it on, and the reasons for this are simple.

To apply wipe-on Poly, all you need is a lint-free cloth. You might also choose to use a plastic container, but that isn’t necessary. Wipe-on Poly is also ready to use from the can.

Once you have it, shake it thoroughly to mix the sediments on the bottom, and you are ready to use it.

Brush-on Poly requires a container. But first, you need to stir it gently to make sure it doesn’t form any bubbles. Then, it would be best to pour it into the container to ensure no bubbles gently.

Finally, you need to dip the brush in and ensure you don’t rub off any excesses on the side, so there’re no bubbles. Hmm, that’s a lot of hoops to prevent bubbles.

Wipe-on Poly is also easier to apply because it doesn’t leave any drips or brush marks. Brush marks are a potential problem with brush-on Poly, no matter how skilled you are.

To minimize this problem, use only the best type of brush for polyurethane.

As I listed above, there’re only three major instances when people use wipe-on Poly: vertical furniture to prevent drips, work on hard-to-reach areas, and do touchups.

While this makes wipe-on Poly handy, you can go months or even years without needing it. Brush-on Poly can be used on floors to cabinets, staircases, trims, fences, and closets.

As I also mentioned earlier, you can cheat and apply it with other means. For example, you can thin it and use it as wipe-on Poly or in a sprayer. In extreme cases, you can also roll, foam brush, or even your fingers.

Even though wipe-on Poly can be used in some of these ways, its high price makes it uneconomical.

Verdict – brush-on Poly wins this round

The quality that sets polyurethane above other wood finishes is its durability. After all, it provides similar protection with shellac, tung oil, and lacquer, but it does last longer with fewer coats. Therefore, this is a factor to be observed.

As wipe-on poly comes pre-thinned with mineral spirits, it’s thinner than regular polyurethane or brush-on poly. As a result, it is short-lived.

You can still expect wipe-on Poly to protect tabletops, railings, door frames, and other furniture for years, even with just 3 coats. Sometimes, you need just 2 coats if the surface won’t see a lot of traffic.

Brush-on Poly offers the total package. When applied properly, this will keep your wooden furniture intact for a decade or more.

In the short run, both products are scratch and scuff-resistant, waterproof, and heat-resistant when cured. In addition, they can handle spills, changing temperatures indoors, and the occasional scratches from your pet cat.

But even then, brush-on Poly does it better.

No comparison of polyurethanes would be complete without considering drying time, and the winner here is no surprise either.

Given how thin wipe-on Poly is compared to brush-on Poly, it is no surprise it dries quicker. What is surprising, however, is how much quicker it is.

Within 2 to 3 hours, wipe-on Poly is dry and ready for a second coat. That’s impressive, as it puts it on par with fast-drying water-based polyurethane.

Even though brush-on polyurethane can be dry to the touch in 4 to 6 hours, you can’t apply the second coat for between 12 and 24 hours. That’s a wide margin.

However, fast-drying Poly can be dry in 2 hours if it’s water-based and 6 if oil-based. Therefore, for the sake of this comparison, we are primarily looking at oil-based brush-on Poly.

If you think wipe-on Poly should require more coats because it’s thinner, you would be wrong. I bet you didn’t see that coming.

Both wipe-on Poly and brush-on Poly need 2 to 3 coats to provide excellent protection and a flawless finish.

Despite being thinner, wipe-on Poly is still pretty tough. When you consider that regular polyurethane is usually thinned before application, it then explains why you need the same number of coats for both.

Of course, it then becomes an issue of how little or how much you thinned the brush-on Poly. But remember, thick coats are harder to manage, so you want them nice and light.

Remember you also need to sand between coats. Whether you are using wipe-on Poly or brush-on Poly, use 220-grit sandpaper between coats to achieve maximum adhesion.

Finally, it is worth knowing if these two products will cause your product to look the same. Given they are both oil-based polyurethanes, the answer is yes.

The only thing that will affect the look is the sheen. Minwax wipe-on Poly only comes in satin and gloss. So, if you use a brush-on poly that is high-gloss, it will, without doubt, look different.

Brush-on Poly also comes in matte or flat, and in some cases, ultra-matte. Whichever one you use will add an amber hue to your wood that will darken over time.

As for texture, they both feel the same. But, again, it will be impossible for you to tell by looking or by touch which product was used.

What is the benefit of using wipe-on Poly versus regular polyurethane?

Wipe-on Poly is easier to apply than traditional or brush-on polyurethane. You can use it in cracks, crevices, and other difficult-to-reach areas. Wipe-on Poly also doesn’t leave brush marks, so you don’t have to sand as aggressively between coats. If the price is a dealbreaker for you, you can even learn how to DIY wipe polyurethane.

Can I use wipe-on Poly on floors?

No, you cannot use wipe-on Poly on floors. While you can use it to retouch floors with minor imperfections, it isn’t durable enough to handle floors alone. When using wipe-on Poly to correct mistakes in your floor, ensure you use the same sheen, or it will look different. It’s easier to use brush-on Poly on floors.

Do you need to sand between coats of polyurethane?

Yes, you need to sand between coats of polyurethane, especially if it’s oil-based polyurethane. As wipe-on polyurethane is oil-based, you need to sand gently between coats, using 220-grit sandpaper or fine steel wool. It would be best if you also waited for each coat to dry before applying the next one. Wipe-on Poly takes just 2 to 3 hours to dry, while even fast-drying oil-based brush-on needs 4 to 6 hours. When using regular brush-on Poly, you might need to wait between 12 to 24 hours.

What is the best way to apply polyurethane?

The best way to apply polyurethane depends on what type of project it is. When working on tabletops and regular-sized projects, the best tool of choice is the brush. However, it would be best if you roll on Polyurethane on floors. For small objects and crevices, you will be better served with wipe-on poly.

Wipe on Poly Vs Brush on Poly Conclusion

Choosing between two nearly identical products is hard, but it must be done. In the battle of wipe on Poly vs brush-on Poly, it is easier to choose the latter.

Brush-on polyurethane can be used in more project types; it lasts longer and better protects wood from bumps and bruises. However, there’re instances when you might choose the former.

Wipe-on Poly is best for small projects and new woodworkers unwilling to go through the stress of using a brush. It is also important when you can’t risk any brush marks, drips, or runs.

Even though wipe-on Poly can’t be used on floors, it can be used as a touchup for hardwood floors and any other type of furniture.

For everything else, use brush-on Poly. However, given its superior and more dynamic build, it can be dificult to find instances where brush-on Poly is less useful.

As mentioned earlier, you can always dilute it with a bit of mineral spirit, and you’ll have your own wipe-on Poly.

Wipe on vs brush is a source for a big debate. But a tougher is up next. The battle of polyurethane vs spar urethane.